The Toughest Sport to Ref and Other Wednesday Thoughts 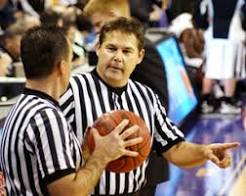 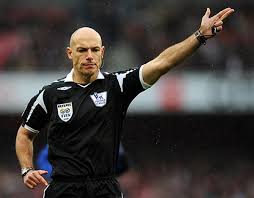 THE TOUGHEST SPORT TO REFEREE
Interesting discussions about refereeing now that the Raptors have captured the imagination of the casual fan base.    It was felt that the Brooklyn Nets were getting more than their fair share of "reputation calls" as they are more of a playoff tested team than the fledgling Raptors.   No secret that the uniform and name on your back play a role in how a team is officiated.   If you are a star, chances are you're going to be given a little latitude.   Paul Jones, play by play voice of the Raps opined that basketball was the toughest sport to ref, which to me is laughable.  It's tough no doubt, but you have three sets of eyes, all with the same standing in the game, i.e. no linesman, or assistant referees.  Hockey has four officials on the ice and is much more of a contact/collision game as well as the sheer velocity of the sport.  Soccer has one referee, two assistant referees, a larger playing surface and more things to manage overall.  Give me hockey, and soccer as the two toughest sports to referee.  Basketball?  Sorry, it is not even close.

BULLDOGS DEBRIEF
Not much to say about the Hamilton Bulldogs that has not already been said.   The team lacked scoring, did not win consistently at home and the power play was a detriment as opposed to being beneficial.   In February the Bulldogs had started to creep back into the playoff race and had three games at home in three days.  They lost all three in regulation and basically were playing significant catch up hockey.  The good news was the attendance remained fairly steady when the Dogs played at home on Friday, Saturday or Sunday  and averaged 5 500 for the season.   They are looking to reach 6 500- 7 000 next year.  For me personally I enjoyed calling the games from the Bill Stirrup press box, and eventually managed my fear of heights and the daunting cat walk clamber.   First Ontario Centre (formerly Copps) has improved as a venue.  The scoreboard is very good, the ring advertising adds a professional touch, as do the dark blue seats.   Good to seen some capital being put into the product off the ice.  On the ice, changes need to be made as this is the 3rd straight year the Dogs have not made the playoffs.  Coach Sylvain Lefebvre is safe it appears, so players need to elevate their game, and I'm sure new faces will be brought in.

OHL PLAYOFFS
If you would have told me that North Bay would lead Oshawa 3-0 and Guelph would lead Erie 3-1, I would have cried foul.   Yet here we are.  North Bay, whom the IceDogs gave all they could handle, was one period away from elimination.  They've gone 10-2 since falling behind 3-1 vs the IceDog and have been stifling.   The Battalion have 3 vets in Barclary Goodrow, Matt MacLeod and Ben Thomson who have over 900 combined games of OHL experience.  That , along with wily Stan Butler, have to count for something. I thought Erie and Guelph would be a war, and it might be with the series not rolling the credits just yet.  Guelph, however, have looked awfully strong against Erie and look to be a good bed to head to the OHL final.  A quick IceDog note.  Many people told me how impressed they were by the IceDog push back late in the season and into the playoffs, considering how young the team was.  Much of that talent will move over to the Meridian Centre and should make for a very good on-ice product in the coming years.  Expect several IceDog names to be called draft day too as Brendan Perlini, Aaron Haydon, Brent Moran, Blake Siebenaler, and Aleksander Proptapovich were all ranked in the final rankings.  This does not include repeat guys like Jordan Maletta, Anthony DiFruscia and Luke Mercer, all of whom rounded out their games this year.

BROADCASTING NEWS.
Off season for me after 47 games of broadcasting.  The break is much needed.  Remember I have a full-time job and a family, so this is freelance work for me.  I will be waiting to see how things shake out as hockey season comes to a close and the transition from TSN and CBC to Rogers begins. Rogers has announced hosts, but no panel members, play by play guys or colour commentators.   What is also not determined is how much hockey will be Rogers produced and how many crews they will need.  They've taken on a monumental task in being the national broadcaster, but its not like this is their first rodeo. Scott Moore and Keith Pelley have been doing this for a while.  What they do not have is many TSN guys to look at. Most of the top TSN on-air guys were locked up for the regional hockey that TSN will produce.  The names coming down the pipe from Rogers will be interesting to say the least.   Jim Hughson, and Craig Simpson are a given.  Elliote Friedman, and Nick Kypreos are likely locks for any panel or reporting.  After that , it could get very interesting as Rogers still has regional rights to Vancouver, Calgary and Edmonton to consider, as well as a full sleight of CHL hockey too.
Posted by Steve Clark at 10:20 AM No comments:

A SAD DAY FOR SPORTS BROADCASTING. AND THE CBC

Damn!   We all knew that CBC's days a major player in sports were to be numbered with the Rogers purchase of NHL hockey for the next 12 years, but it still did not make reading todays news any easier:

It was a very difficult day today for all those affiliated with CBC as it was announced that 657  positions will be eliminated over the next two years in order to ensure a balanced budget.  Likely those cuts will hit sports very hard as the CBC release indicates that CBC will not bid on professional sports against private broadcasters, nor will it cover events unless they break even.  Special projects like the upcoming summer Olympics and the Pan Am games will be covered creatively (read as economic as possible).

With NHL hockey off the market for the next 12 years,  the options for moneymaking professional sports was fairly limited anyways.    The CBC broadcasted a handful of Raptors games some years back and the ratings were mediocre. No Vancouver Grizzlies also hurt the bottom line.  In fact, even this year, the Raptors most successful on-court, the ratings still lag behind hockey. Remember when Jim Hughson did a fine job of calling several Blue Jay games for the CBC?  Again, the audiences were not there, not helped by the Blue Jays mediocre on field performance and with the death of the Expos in 2004, there was no Canadian alternative.   How about TFC?   CBC went down that road a couple of years back, but it was very clear that Canada was not going to embrace a team from Toronto on a national level.  Now with Vancouver, and Montreal added to the league, soccer has become a better property to own, but building a substantial national audience would take time, and that is something the CBC really cannot afford, not that they would anyway. CBC did try some American hockey league games  as well, focusing on the Hamilton Bulldogs, the Toronto Marlies and the then Manitoba Moose first and foremost and then the afflilates of the other Canadian teams secondarily.  That too did little in the ratings, though the production and on-air delivery was very good.

There was a time when CBC was the major player in sports with CFL Football, amateur competition leading up to the Olympics and hockey dominating the airwaves.  Times have changed and the CBC can ill-afford to pay high stakes bidding games with tax payer money.

The bottom line is that CBC has been unable to build a devoted national following outside of Hockey Night in Canada, and for the next four years all they will provide for the NHL is a national distribution channel and studio space.  All costs and profits borne from hockey will go into the Rogers coffers.  After four years we may see the last of the classic red,  blue and white symbol for Hockey Night.   Rogers may choose not to renew the deal to put hockey on CBC.   I'm not looking forward to the day my channel guide will show something other than hockey on the CBC.

Lots of high profile names will likely be named in the coming weeks.   Some will not be a surprise as they either been named to Rogers NHL coverage, or strong rumours seemed to dictate.  Elliote Friedman,  Jim Hughson and Craig Simpson are likely headed to Rogers, so their names will likely be among the cuts.  Same goes for Don Cherry.   Ron MacLean is an interesting one.  He has done lots of non-sports/hockey stuff with the CBC and we know he has been hired by Rogers.  Will CBC keep him for their Olympic or Pan Am coverage, or will he be phased out?  Same with the talented Andi Petrillo.  A natural fit for Rogers, Petrillo did very well in the host chair in Sochi and might be sought out for a bigger role.   I worry about signature voices like Mark Lee , Steve Armitage and Bob Cole.  This might be the final year for the venerable signature pipes of Bob Cole. The octogenarian still has that big game call, but there may not be room at Rogers  Lee, who broadcasts hockey, is integral to the Olympics.   Armitage reminded viewers why he is a premier signal caller with his wonderful work in Sochi.  All theses names, and many more are up in the air.

I have always maintained that my dream job was to work at Hockey Night in Canada.  I have hockey night books, jackets, hats, toques and t-shirts, all in support of the public broadcaster.   If I did not work in hockey,  I would love to work for The Fifth Estate, the best investigative program out there.   Today, I feel like I am delivering a eulogy for a friend.  I hope that it is not the case and that CBC can play a role in sports going forward, be it for the Olympics, or other amateur competition.   There is still life and vibrancy for CBC in covering sports.  I hope that they, and the fine broadcasters that work for them, can continue to ply their trade in the years going forward.

Short term, however, the plan going forward severely restricts sports coverage and that is why today is a sad day on Front Street.