HIGHLIGHTS AND ANALYSIS THE LATE EDITION.... 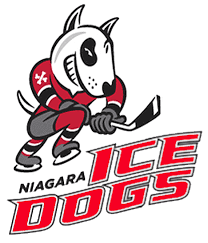 Been little busy, but in the interest of having people come to the blog to see highlights and not Ric Flair, here is an update of the Ice Dogs comeback 5-2 victory over the Brampton Battalion.  Though while on the subject of the Nature Boy Ric Flair, it appears the Ice Dogs have gone the way of the Carolina Hurricanes and added his trademark Woooo!, every time the Ice Dogs score a goal.  I must say that it was a resounding success proving that Ric Flair and Ice Dog fans are indeed one and the same.  Though it does not compare to the reaction that The Nature Boy gets in Carolina, where he is God!

I digress, after the Ice Dogs jumped out to a 1-0 lead via Steven Shipley's power play marker in the 1st the Battalion responded with two quick ones in the 2nd as Derek Froats and Jesse Miller both beat Mark Visentin.  The Troops would hold the 2-1 lead of the mid-way point of the 3rd period when the Ice Dogs embarked on a 3 goal in 1: 37 binge as Alex Friesen tied the game on a two man advantage, Brett Ritchie would add a power play marker 20 seconds later, while David Pacan would cap the barrage to make it 4-2.  Freddie Hamilton added the 4th power play marker for the Ice Dogs to provide some more insurance.

Mark Visentin would pick up the win, his 9th in a row since returning from World Junior duty.  The Ice Dogs host Mississauga on Thursday February 9th at 7 pm.  Ed, Al and I will have the call of the game.  It will be the last home game for the Ice Dogs for two long weeks as they embark on a five game road swing that will see them hit Barrie, Oshawa, Erie, Sault Ste Marie and Sudbury.

With their recent run of excellent play the Dogs are within two points of the conference lead and now lead Brampton in the division with two games in hand.   The Ice Dogs, who returned Brock Beukeboom back to the line-up on Friday in London will get Dougie Hamilton back from suspension when the Dogs are in Oshawa on February 12th. Injured forward Ryan Strome may also return during the road trip.

Here are the highlights from Saturday: