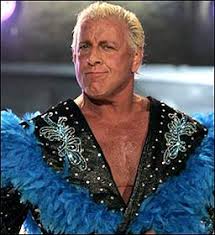 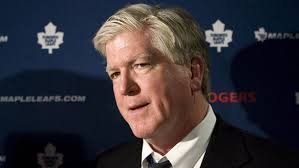 It's been a while since I've posted some non-OHL thoughts, though one or two might slip in.  After all these thoughts are random!

1. The NHL All-Star Weekend bugs me.  No it's not the corporate schmooze fest.  Hey, those companies help pay the bills and should get a perk or two.  It's not the snore-fest of a game.   Do you really want your elite players to miss time in the season for a game that does not count?   It's not the skills competition, which I actually enjoy.  Although I'd love to see more flow like this: 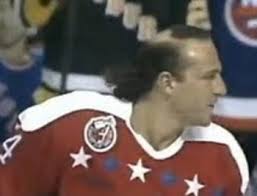 2. You are never going to make the All-Star game a marquee competitive event.  I would, however, tweak the Fantasy Draft, and have captains randomly select sticks and then "trade" to correct any imbalances.  It's TV friendly as the various panels could break down trades like they would on deadline day.  Just a thought.

3. Even at the age of 39, I remain a wrestling fan and had a chance to catch the Royal Rumble on Sunday.  The Rumble will always be near and dear to my heart from the moment I saw Ric Flair go wire to wire in 1992!  Even as I grow older, I'll never stop being a wrestling fan.  It's perfect escapism.

4. With wrestling on my mind, I think it would be perfect for Peyton Manning to wear one of those old horse collar neck braces, storm Madonna's Super Bowl Half Time Show, dramatically rip off the neck brace and start zinging 60 yard bombs to Marvin Harrison.  Take that Jim Irsay!

5. Can never root for the New England Patriots in any, way, shape or form.  Just can't stand golden boy Tom Brady and Bill Belicheck.  Maybe it's my affinity for the mediocre Miami Dolphins...Giants 27 Patriots 23. Book it!

6. Congrats to the Ice Dogs Andrew Agozzino for setting the franchise mark in goals with 149. Agozzino will also play in his 300th OHL game on Friday in London.  Plus, he's going to be one of the hottest, most sought after junior free agents.

7. Congratulations also go  to Mark Visentin, the Ice Dogs goalie who is currently fashioning a 3 shutout streak and has 206:14 of goalless hockey to his credit.  He was just named OHL player of the week.  People will talk about Mark Visentin finding "redemption" after the World Juniors.  You know what?  Visentin was just fine after last years World Jr Final.  He was outstanding down the stretch and in the playoffs last year, and has continued that excellent play this year.  There was no redemption this year for Visentin, just a continuation of his excellence.

8. Brian Burke needs to focus more on his team and less with feuding with the CBC and Don Cherry.  I love Burke and his gruff demeanour and his tendency to be direct and forthright.  However, picking fights with members of the media, in particular Don Cherry speaks more to his ego than it does his commitment to defend his team.

9.  I'm not buying what the Blue Jays are selling at this point.  Yes, Prince Fielder for 9 years is something of a leap of faith.  However, when have a chance to be in on a free agent of this calibre, you have make more than a cursory effort to sign him, if the Blue Jays made any effort at all. Fielder is durable, he's consistent and he's the type of player who will bring fans out of their seat.  I love the new logo the Blue Jays created for this year. It's sharp, and very pleasing to the eye.  I'll buy the merchandise but acquisitions like Darren Oliver, Ben Francisco, Omar Vizquel, Sergio Santos and Jason Fraser (again) won't get me to the ballpark anytime soon.

10.Gary Bettman claimed that there are three potential suckers/suitors in play for the Phoenix Coyotes, a franchise that has yet to draw a dime in its existence.  I feel bad for the fans of Phoenix.  It's tough to sell tickets in a marketplace when your slogan is "Propped Up For Another Year".  That said it might be best to put a bullet in his moribound franchise.  Sad thing is the alternatives are not that great:

a) Seattle:  Old arena, no real hockey history outside of the WHL's Seattle Thunderbirds
b) Las Vegas:   Why the NHL would want to go to a gimmicky place where it would be more of a sideshow attraction is beyond me
c) Quebec City: I'd love to see another Canadian franchise, but put a shovel in the ground already!
d) Kansas City: They have the arena, they have the population and they have a lousy professional hockey track record with the eminently forgettable Scouts.  Plus, with NFL, NCAA, there's a lot of market competition.

Till next time
Steve Clark
www.twitter.com/SteveClarkMedia
Posted by Steve Clark at 8:07 AM