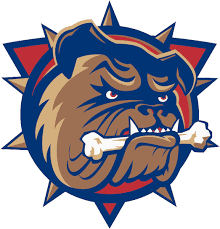 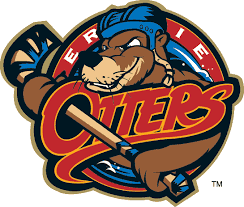 The first franchise domino to fall took place last week when Brampton Battalion became a M*A*S*H unit and mobilized to North Bay where a seemingly passionate fan base welcomes with open arms the repatration of an Ontario Hockey League franchise.  It was something of a no brainer, with all due respect to the loyal but small core of Battalion fans.  Economic sustainability simply was not possible with attendance eroding to the mid 1 500's.  Scott Abbot, the Battalion owner, should be credited by giving it the old college try, even though he ended up with a college level student debt!

The music maybe firing up again in another game of franchise musical chairs.  Several reports out the Hamilton Spectator have indicated that the new management team for Copps Coliseum may politely stiff-arm Bulldogs owner Michael Andelauer in lieu of an OHL franchise when it comes to lease negotiations.  Once again the Erie Otters have surfaced as the apple to the eye of the group that will be running Copps.  The Otters name first came up last March, and speculation was not quelled when the Otters used Ancaster as their training camp base this year.  Couple that with a very short two year lease at the soon to be refurbished Tullio Arena, and the Otters might be the next team to get Two Men and a Truck on speed dial.  There have been denials all around to the CBC Hamilton in recent article, but the speculation will not go away.  It was further ramped up with the recent announcement to build an arena in Laval that would house 10 000 people and a "professional sports team"   You do not need to be a charter member of Mensa to connect the dots.  The Bulldogs lease is up at the end of this year, and the building in Laval, championed by Habs owner Geoff Molson, is set for completion in 2015.  An AHL franchise affiliated to Montreal would fit in quite nicely in Laval.  A very slick unveiling ceremony was part of a report made by CBC Hamilton here.

Smart money would see the Bulldogs play out their lease this year, and either pack up stakes, or sign a very short-term lease in order to transition to Laval.  This would coincide with the Otters team in Erie ending their lease, and if they do not sign a new one, then they are a free agent.

Based on nothing but the reports in front of me it would not surprise me within to see an OHL franchise in Hamilton,and  an AHL franchise in Laval. I'm not sure the phrase "iron-clad" or "unbreakable" lease exists.

I also think that there will be an NBL semi-pro basketball team in Hamilton too, but I'll save those thoughts for another blog.