PRECARIOUS SITUATION FOR THE ICEDOGS 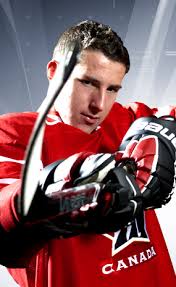 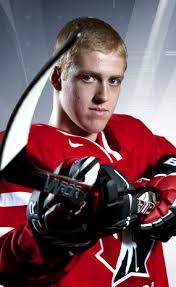 Marty Williamson probably is not getting much sleep these days, and I do not think it is visions of sugar plums dancing in his head or the impending holiday season that is keeping him up.

Many CHL teams are in precarious positions these days, particularly if they have players who are deemed to be NHL ready.  There has been a sense of optimism around the collective bargaining talks that may lead to break through and a settlement.  If that happens, expect Dougie Hamilton and Ryan Strome to pack their bags and head off to their respective NHL teams.   Firstly, there is nothing left to prove for the two at the junior level.  Secondly, they are the most "season ready" of many of the players because they have been taking a regular shift and playing a full season when other NHL players have either been training on their own or playing in Europe.   Strome and Hamilton are ready to hit the ground running.

Even if the lockout drags on, then Strome and Hamilton are earmarked for duty with our World Junior Team, and might be joined by Brett Ritchie whose stock has grown exponentially as the year goes on.  It could be argued that Ritchie could have the impact that Mark Stone had on the tournament last year.

Regardless, the IceDogs are going to be shorthanded, and with the bulk of their offense coming from Ritchie, Strome, Hamilton, and to a lesser extend Mitchell Theoret, either the secondary scoring must step up or the IceDogs will be thirsting for goals.

So Marty Williamson has a conundrum to deal with, regardless of the outcome of the NHL Lockout.  Does he add pieces for another run and risk leaving the cupboard barren for when the IceDogs when they enter their new arena?   Or, do they take a team that is solidly entrenched in a playoff spot in the conference and sell, sell, sell, therefore running the risk of a standings plummet, and a hasty exit from the post-season, should they qualify for the post-season.

My prediction has changed from what I posted on Twitter yesterday, when I said that if the lockout persists, the IceDogs will keep all three players for a run.   There is too much reward to be gained for those three athletes on the trade market.  My thinking is that if the lockout ends, the Dogs will lose Strome and Hamilton and then will parcel off Ritchie for a 17year old and a host of draft picks.  If it persists, expect all or two of these valuable commodities to be moved, with an eye on filling a new building starting in 2014-1015.

Easy for myself, and others to sit here and play arm chair GM, not so easy for Marty Williamson, whose phone is expected to be ringing off the hook come January.
Posted by Steve Clark at 7:46 AM