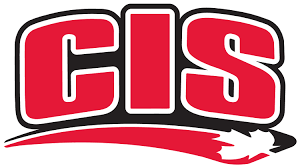 In a country where we have TSN, TSN2, 5 Regional Sportsnet Channels, The Score and CBC, the Nationals are being broadcast on regional cable.   Now, I know that Sportsnet was in the mix and a deal could not be struck and The Score and TSN have been quality carriers in the past, though TSN has lapsed into tape-delayed programming, which may as well be throwaway programming in a age in the tech savvy age that we live in.   The CBC, who is supposed to promote those Canadian sports that don't get the mainstream programming, has not shown the slightest hint of interest in university sport, save for the ill-fated and quickly quashed CBC SportsPlus, which had it come to fruition would have shown some university
sport.

Also, I know that ratings and advertising drive the bus when it comes to live sports programming and the CIS just does not draw the consistent numbers needed to generate the neccesary revenue, so you cannot expect sports networks to pay anything to the CIS.  The best they can hope for is for a network to absorb the production costs.  Heck, that was basically the deal that the NHL struck with NBC.  What needs to happen is that the CIS needs to go to the member conferences and get them to kick in some dollars to help cover some of the costs, and to shoot an ad for their conference.  Individual universities can then pony up more money if they want their university featured on top of the conference.

The CIS did the best it could, considering the 11th hour was fast approaching, and some coverage is better than none.  The next logical step would be to get NBA Canada involved on a greater level, carrying some regular season games live next year, including the championships building a show around Canadian basketball.  Small steps, but I've long maintained consistency of coverage is the best way to steadily build an audience.  With all due respect to The Score, they cannot expect many eyeballs this weekend when they cover the Wilson Cup because essentially it is a one off and there is a lack of familiarity in the athletes and the product wit the core fan.  The best numbers the CIS drew, at least in Ontario, was when the CHCH game of the week gave teams consistent exposure and when the championships were on TSN the games drew some modest numbers.

Sport business commentator Howard Bloom lavished praise on the CIS for doing what they could.  Sorry Howard, I can't give the CIS a free pass on this one  I know that they have been without a marketing director for four months, but to me, that is not the wisest business plan when you know that you have major winter championships coming up.  Plus, the CIS has had a wonderful year with football.  Again, more consistent coverage on The Score, RDS and TSN has been a major booster in this regard.  Plus, Sportsnet will be carrying the CIS Hockey Championships, so it seems basketball may have got the short end of the stick when it came to negotiating rights.

Plus, someone I know in sports marketing had a sound TV friendly idea with 6 conference winners automatically in the draw, and the next 8 best teams (6 conference losers, and two next highest teams) battling it out for the final two spots.  The only downside is that you have something of a meaningless final two game, as both teams have already qualified.  Call it Wild Card Weekend, and you've got a nice television weekend of basketball.

The sky is not falling yet for CIS basketball. There is a lot of good infrastructure in place and I have not even mentioned SSN Canada, which has been a quality partner and though it is in the fledgling stages right now, looks to be the future.  Maybe some day in the future the SSN Network can be its own digital cable channel.  Surely the national focus it would have would make even the curmudgeons at the CRTC smile.

The best comparable that someone made to me to regard to the CIS, and its conferences  was the CHL.  I have covered the Niagara Ice Dogs of the OHL for five years now and I can tell you that they are light years ahead of the CIS/OUA when it comes to being media friendly.  In many markets OHL games viewership rival those of the NBA games shown on the Super Sports Action Pack.  Hockey rules in this country, no doubt about it, but the next step is the for the CIS and its member conferences to adopt the OHL model, which is build locally, branch out to regionally but always have your eye on what you could offer a national sports network.