HELLO TO AN ARENA AND GOODBYE TO A STADIUM...

Very, very random stuff today on some of the things that caught my attention the past week, 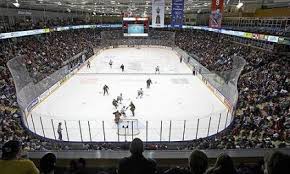 ST CATHARINES SPECTATOR FACILITY A REALITY
So fans and followers of the Niagara IceDogs, and owners Bill and Denise Burke can finally breathe a collective sigh of relief as the motion to pass the start of construction of a new spectator facility became a reality on Monday night by a decisive 11-2 vote.   It did not take a genius to figure out that had there no blueprint for a new spectator facility, fans of the IceDogs could have likely kissed their team good bye.  The Burkes, though deeply ingrained in the Niagara Region, are business people at heart and could ill afford to keep going at the antiquated Gatorade Garden City Complex.  The revenue streams, as well as the seating capacity were severely limited, and although many enjoy the intimate experience of an IceDogs game, for economic sustainability, well, there was none.   Now with 4 500 hundred seats to play with, along with all the modern amenities that $45M can buy, the IceDogs will be the anchor tenant, and now the potential arises to attract both hockey and non-hockey ventures.   Tires were kicked from the NBL of Canada, and it would not surprise me to see minor league basketball in the area in the next couple of years.

My hope is that the arena resembles Sarnia's RBC Centre.  It seats around 4 300 people has ample concourse room, oval seating and an in-arena restaurant.  I'm not a huge fan of the U-Shaped arena, much like the one that Brampton has.  It has some very limited bench seating behind one of the nets and has a sort of "unfinished" look.   about it.  Regardless, the building is scheduled to open in September 2014, so IceDog fans will have endure two more years at the Gatorade Garden City Complex.  Good for the City of St Catharines for recognizing the need for the facility, and good for the Burke's who have worked tirelessly to ensure that the IceDogs have a regional focus, but with an eye on St Catharines as its home.  Good for Ed Burkholder and I, whose broadcast booth is quite generously a broom closet, and makes us look like the old guys from the Muppets heckling from the balcony when we are in it!

SO LONG IVOR WYNNE STADIUM
I cannot say I'm truly upset to see Ivor Wynne Stadium close down.  After all, the stadiums' best before date had long past.   Now the city turns its eyes to the future and burning questions like where the Tiger Cats will play next year must be answered.  With McMasters' Ron Joyce Stadium seemingly out of the mix, options are limited to being Road Warriors for the whole year, or neutral sites such as the Rogers Centre, TD Waterhouse Stadium in London are also in the mix.  None of the options are particularly enticing.  Of course had Hamilton city council gone out on a limb and not built the new stadium where the old one was, we would not be in this dilemma.

As for Ivor Wynne memories, I'm not sure I want to stroll down memory lane and talk about the guy who passed out in his own vomit during a game, or when I got a full cup of soda thrown at me.  My best memory was my first Ivor Wynne Stadium memory.  We got free tickets courtesy of 900 CHML's "Fun Zone", and also got lovely yellow and red toques to boot!  As we were new immigrants to the country from England, we thought that this was part of our "Welcome to Canada" gift package.  Though having no clue about the rules of Canadian football, a good time was had by all 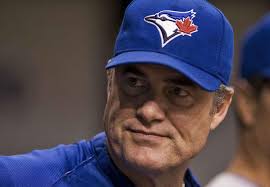 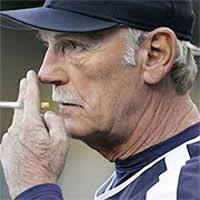 BASEBALL CHATTER
The less said about the John Farrell affair the better.  I cannot be too impressed with a mine who pines away for another job for most of his tenure with the Blue Jays, and that is what John Farrell did.  He was a manager of middling skills, did not have much control of his clubhouse, and for a pitching coach did little to further the development of the Blue Jays young pitchers.  I would not say he mailed in his time with the Blue Jays.  That designation is reserved for the Detroit Tigers, whose effort and attitude on the grandest stage was deplorable and baffling to say the least.  When Game 4 ended, the team had the attitude of one that had dropped a mid-June contest versus the Kansas City Royals.   No wonder Jim Leyland went right down the tunnel as soon as the final out was recorded, and likely fired up a Marlboro light to ease the stress that clearly his own team did not feel 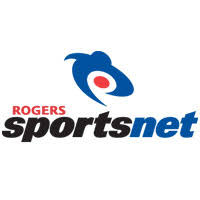 SPORTSNET GETS CLOSER TO PURCHASE OF THE SCORE
Sportsnet, who announced that they had purchased The Score a while back,  started dotting the "I's and crossing the "T's and have reached the home stretch on the sale.  The next question is what Sportsnet will do with the channel that they have acquired.  Conventional wisdom would suggest that with the new English Premier League deal struck by Sportsnet, that some of the games would be carried on the former Score.  They could also simulcast some of their radio programming there.    What I would like, and it likely would not happen due to production costs, is see the channel be something of an outlet for amateur sports such as the CHL, the CIS and CCAA. It would give university and college sport a much needed boost as it would be placed alongside the already high profile CHL.  Of course it's easy for me to spend other people's money and the production costs would be somewhat exorbitant for a venture like this and the advertising costs would not guarantee a profit.  Still, a man can dream...

'Til next time
Steve Clark
www.twitter.com/SteveClarkMedia