There likely was much celebrating on the Rogers Campus this week when the radio ratings came out showing that The Fan 590 had emphatically withstood the early challenge from TSN 1050 .  The key demographics showed that Brady/Lang in the morning on the Fan 590 was dominating Mike Richards of TSN and Bob McCown remains the undisputed king with a thrashing of Cybalski and Company in the drive slot.  One other note is that Andrew Krystal continues to draw mediocre ratings. The acerbic Krystal has not resonated one bit with Fan 590 listeners thus far and this is his 3rd time slot already.

What does it mean?

Well, in the early going, not a whole lot, according to TSN.  They are attributing their lack of ratings at the hands of The Fan to their "soft- launch" motive.  My guess is that simulcasting of shows is coming in the Fall and they may ditch the only import show, which is the Dan Patrick Show.

What will be more interesting come the fall will be the Leaf radio rights.  At this point, AM 640, which has severely reduced their sports programming, has no plans to relinquish the rights, which have one more year on the contract.  Expect the both The Fan and TSN Radio 1050 to take a run at this crown jewel property.  Should the Fan win out, they will have the Leafs, Raptors, TFC and the Blue Jays which is practically a monopoly of pro sports in Toronto.

A couple of weeks back legendary Rick Jeanneret and Harry Neale announced a reduction in their schedule, freeing up anywhere between 25-30 games.  Working with Jeanerret with the eventual potential goal of replacing him is a daunting task to say the least.  The iconic Jeanneret is beloved in Buffalo for his rambunctious, enthusiastic, unique tone.   Those who have replaced Jeanneret in the past included local products Paul Hamilton and Kevin Sylvester, The Fan 590's Dan Dunleavy, Hamilton Bulldog play by play man Derek Wills and Jeanneret's son, Mark.

This guy could take a shot at things too.  I hear he's a dark horse with a bright, bright future: 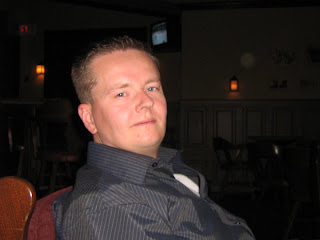